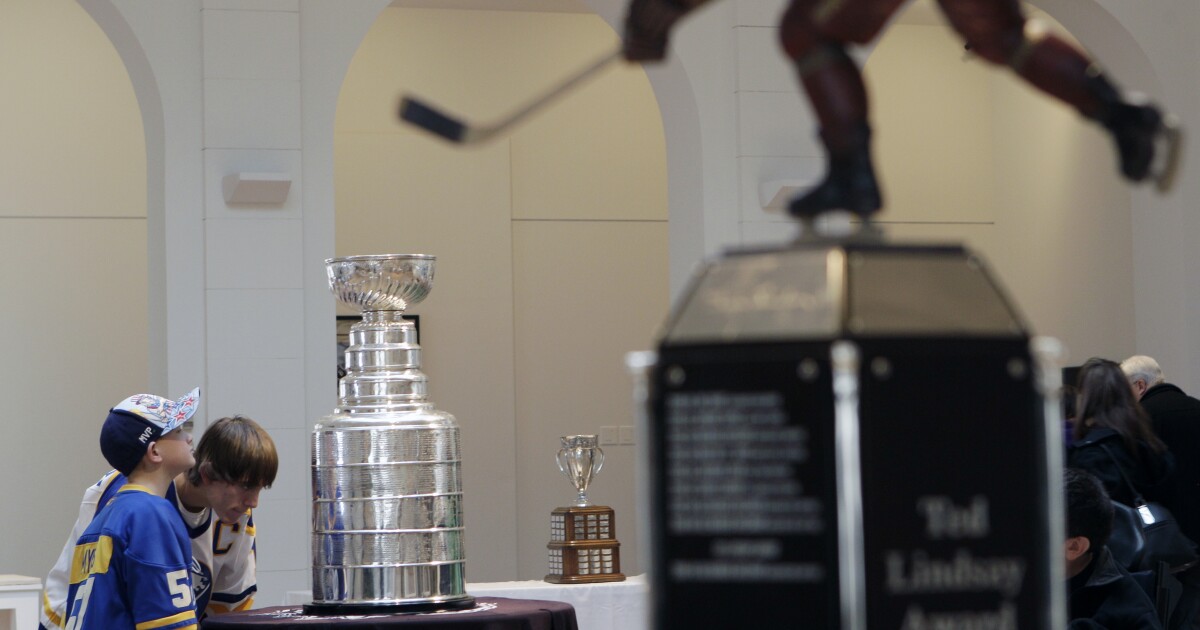 DENVER — Hockey is arguably one of the most superstitious sports. Everything — from how you enter the ice to how you put on your uniform — is a science, and one wrong move could cost you the game. When it comes to playoff hockey, those superstitions are amplified.

Here are seven of the biggest hockey superstitions.

You may have noticed your favorite Avs player sporting more facial hair. Traditionally, once playoff time comes, players forgo their beard trimmers and razors and sport a more rugged look. The thought is a clean-cut look could shave your chances at a championship.

This superstition doesn’t just apply to hockey. You can also spot baseball players sporting a playoff beard come the fall.

2. Hands off the conference championship trophy

Traditionally, teams have refused to touch the conference trophies, thinking it would prevent them from grabbing hold of the Stanley Cup. However, that superstition has gone to the wayside this season.

After receiving the Clarence S. Campbell Bowl, the Avs posed with the trophy, and Gabriel Landeskog and Nathan MacKinnon put their hands on it. The Lightning’s Steven Stamkos, Victor Hedman and Andrei Vasilevskiy touched the Prince of Wales Trophy before Stamkos skated off the ice with it. So, in theory, the two should cancel each other out, right?

3. Do not step on the logo in the locker room

As a hockey player, your team is more than a group of coworkers. You oftentimes spend more time with your teammates than your own family. There’s a sense of pride and brotherhood that comes with being part of the 23-man roster, so any form of disrespect carries extra weight.

When in the home locker room, players avoid the logo, which is often printed onto the floor, at all cost. Stepping on the logo, even accidentally, can be seen as a slight and tarnish you and your teammates’ performance.

Before stepping onto the ice, players have a slew of personal traditions. They may put on their pads in a certain order or tape their stick in a particular way. Players have even refused to wash certain garments in order to hold onto their luck — call it a stench of victory, if you will.

6. Goalies are a league of their own

If you think hockey players are superstitious, goaltenders take it to the next level. After taking the ice, and following each pass of the ice resurfacer between periods, goalies take time to make the crease their own. They can tap the crossbars in a certain order or skate a specific pattern into the ice. It’s not a house, it’s a home for goaltenders, so might as well make it your own.

Legendary goaltender Patrick Roy went so far as to talk to the goal posts. Hey, if it works, it works. (But if the goal posts start talking back, then we may have a problem.)

These superstitions don’t just apply to the players. Fans play just as big of a role.

When watching your team, it’s important to find your own groove — wear that lucky jersey, eat that lucky pregame meal and, of course, sit in that lucky spot. But how do you find that lucky sitting area? It’s simple. When your team scores their first goal of the game, wherever you’re sitting is your lucky spot for the game.

This science isn’t foolproof, however. If your team begins to fall behind, it’s best to do a seat shuffle until you find another lucky spot, and repeat as needed throughout the game.