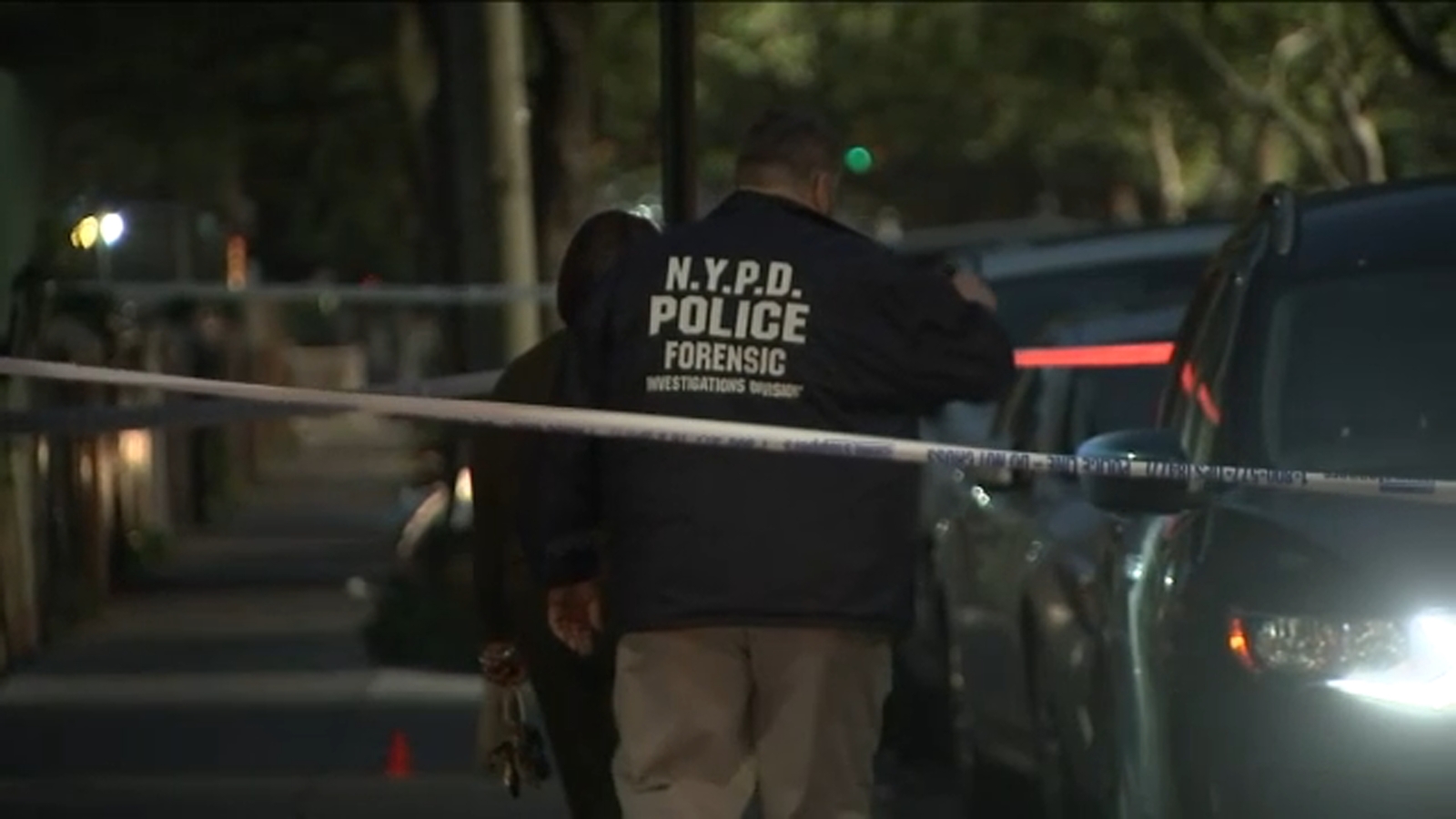 BROWNSVILLE, Brooklyn (WABC) — An NYPD detective was injured after gunfire erupted near the intersection of Pitkin Avenue and Legion Street in the Brownsville section of Brooklyn Thursday.

NYPD officials said two officers inside a marked vehicle were traveling westbound on Pitkin Avenue. They say the vehicle reached Legion Street, where shots rang out.

A suspect standing in front of 17 Legion Street then fired at least nine shots, attempting to hit a white vehicle driving northbound on Legion. The vehicle is believed to belong to a gang member.

Police say during the gunfire, the NYPD vehicle’s window was struck and a detective, identified as 26-year-old Sunjay Verma, injured his arm in the incident. Police sources say his arm was likely wounded by flying glass.

The officer and detective, neighborhood community officers from the nearby 73 precinct, then exited the vehicle and chased after the gunman.

“I saw the cop jump out of the car and he said ‘shots fired, shots fired’ that’s what he was saying and ran down the street and his partner ran down behind him,” witness Pamela White said.

The two cops approached a nearby courtyard, where they lost sight of the suspect.

Police do not have anyone in custody at this time.

“It’s an outrage and it’s unacceptable,” NYPD Police Commissioner Keechant Sewell said. “But it goes to show that our officers are out there and they’re engaging and they’re in these communities to try to stop these violence and we won’t stop.”

A reward of up to $13,500 is being offered for information leading to an arrest of the individuals involved.

A .9mm gun was recovered at 15 Legion Street. Police released a photo of the firearm. They say an item of clothing was also recovered.

The injured detective was taken to Kings County Hospital with non-life-threatening injuries. He was later released.

Verma is a Neighborhood Coordination Officer assigned to the 73rd Precinct and has been with the force for about five years.

New York City Mayor Eric Adams spoke at a police briefing Thursday night and said, “more and more we need every arm of the criminal justice system to participate in this fight.”

The shooting comes just hours after a Supreme Court decision to strike down a restrictive New York gun law.

The justices’ 6-3 decision is expected to ultimately allow more people to legally carry guns on the streets of the nation’s largest cities – including New York, Los Angeles and Boston – and elsewhere.