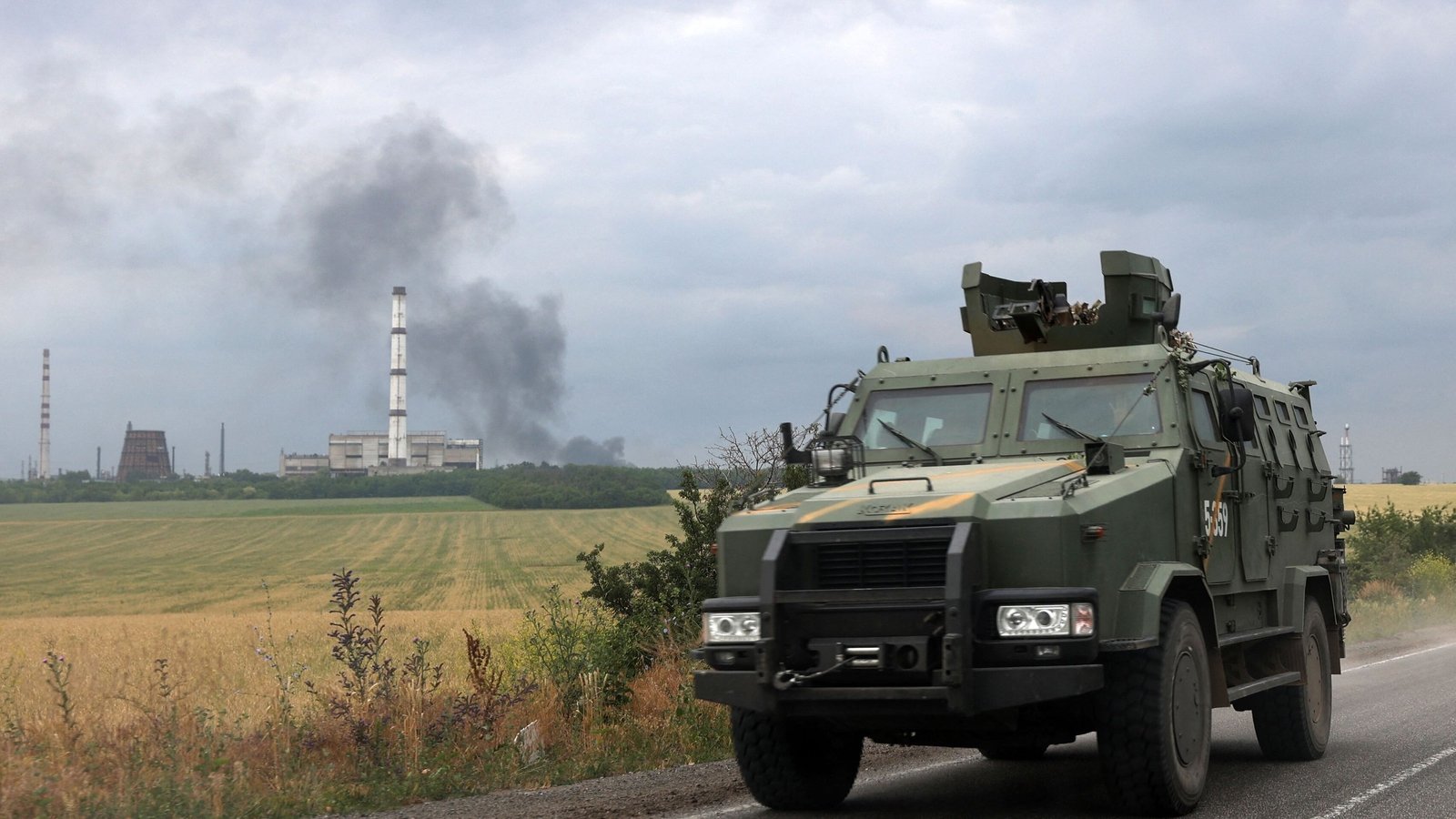 Ukrainian troops will “have to be withdrawn” from the mostly Russian-occupied battleground city of Sievierodonetsk, the regional governor has said.

“Remaining in positions smashed to pieces over many months just for the sake of staying there does not make sense,” Governor Serhiy Gaidai said.

He also said that Ukrainian troops had repelled a Russian attack on the southern outskirts of Lysychansk, the last fully Ukrainian-controlled city in the region of Luhansk.

He wrote on the Telegram messaging app that Russia had, however, taken control of the village of Mykolaivka ,located near a key highway to Lysychansk, which has been the focus of heavy fighting.

Meanwhile, President Volodymyr Zelensky said Ukraine’s formal candidature to join the European Union was a big step towards strengthening Europe at a time when Russia was testing its freedom and unity.

It has also sparked a global energy and food crisis.

After failing to gain a quick victory by capturing Kyiv, Mr Putin’s forces are now focused on taking control of eastern Ukraine in what has become a war of attrition, with no end insight, and the risk that the conflict could widen in Europe.

Mr Zelensky told EU leaders in Brussels yesterday that their decision to accept Kyiv’s candidacy was among the most important for Ukraine since it broke from the Soviet Union 31 years ago.

“But this decision is not just being made for the benefit of Ukraine. It is the biggest step towards strengthening Europe that could have been made right now, in our time, and when the Russian war is testing our ability to preserve freedom and unity,” he said.

The approval of Kyiv’s EU candidacy will anger Russia, which has been concerned with Ukraine’s closer ties with the West.

Moscow said it launched its “special military operation” on 24 February to ensure security on its borders. Kyiv and the West say Mr Putin launched an unprovoked invasion.

The battle for Ukraine’s eastern Donbas region, its industrial heartland, is most critical in the twin cities of Sievierodonetsk and Lysychansk, which sit on opposite banks of the Siverskyi Donets River in Luhansk province.

Russian-backed separatist forces said there was fierce fighting around Ukrainian positions in Hirske, which lies on the western side of the main north-south road to Lysychansk, and Zolote, another settlement to the south.

A river port and ship-building centre just off the Black Sea, Mykolaiv has been a bastion against Russian efforts to push West towards Ukraine’s main port city of Odesa.

Authorities in the small town of Derhachi, to the northwest of Kharkiv, said early this morning that heavy Russian shelling had knocked out most of the electrical and natural gas supply.

Kharkiv, in northeastern Ukraine, is the country’s second-biggest city.

Mr Zelensky has urged Ukraine’s allies to speed up shipments of heavy weapons to match Russia on the battlefield.

Ukrainian defence minister said HIMARS multiple rocket systems had arrived from the United States. With a range of 70km, the systems can challenge Russian artillery batteries.